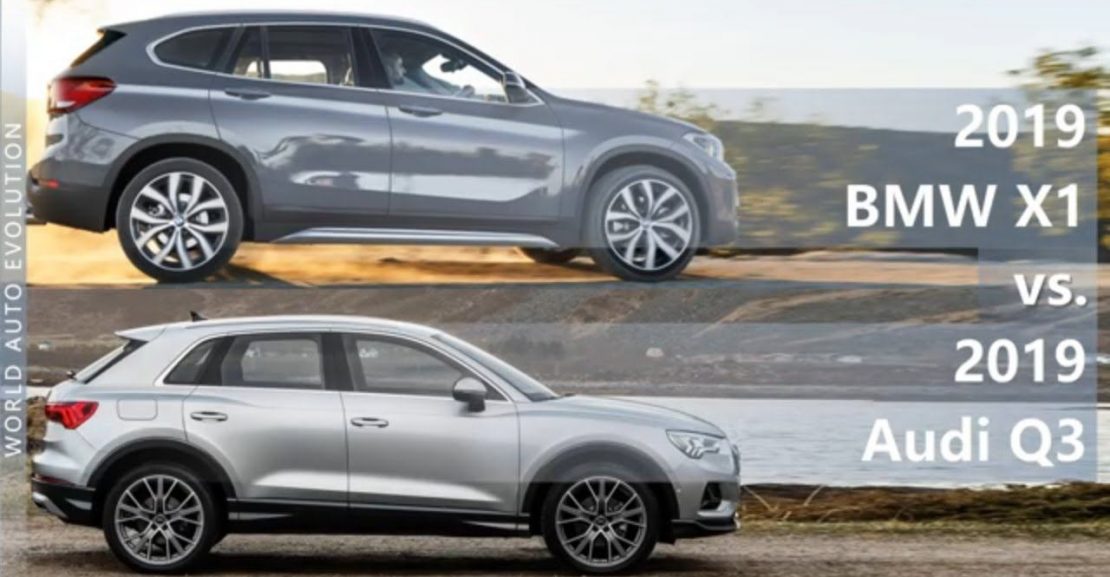 Talking of SUVs, we have two most commonly used and discussed vehicles; BMW X1 and Audi Q3. Both the vehicles belong to such companies which have marked their presence in luxury vehicles since ever. BMW is a German multinational company known for its luxury vehicles and motorcycles. Audi is a member of Volkswagen Group and known for its well-engineered luxury vehicles. BMW X1 and Audi Q3, they both belong to same class which is “Subcompact Luxury Crossover SUV”. Subcompact here refers to the size which these vehicles belong to, but even with this subcompact name, these vehicles are much spacious and burly. Crossover is a class in SUVs which provides better fuel economy, better driving comfort, a classy interior but with lesser off-road capabilities. Both vehicles are 5 door CUV (Crossover-SUV). The production of BMW X1 started in 2009 and just after two years, Audi started the production of Q3. Let’s dig into technical specifications to find out which vehicle wins on paper.

Engine is considered as heart of the vehicle because much of the driving characteristics are based on engine’s power. As we mentioned earlier that CUVs are less dominant on off-road tracks than SUVs but not because of engine power. This dominancy of SUVs on off-road track comes lively due to off-road tires, all-wheel drive feature, transmission tweaks, higher ground clearance and many other factors. But in terms of engine specifications, CUVs are no lesser than SUVs. Both CUVs have petrol and diesel variants with varying engine capacities. Petrol variant of X1 comes in 1.5L and 2.0L capacity and petrol variant of Q3 comes in same configurations as 1.5L and 2.0L capacity. Diesel variant of X1 comes in 1.5L and 2.0L capacity while as of Q3, it comes in 2.0L capacity. Audi uses two types of technology in its engines, TFSI (Turbo Fuel Stratified Injection) and TDI (Turbocharged Direct Injection). BMW also uses turbo technology in engines but it does not give a specific technical term to it.

Sometimes power and torque figures are confusing and buyer has to rely on other performance indicators. Two of them are top speed and acceleration. These two provide best insight on how well a vehicle performs. Specifically, this is the segment, where CUVs outperform SUVs. CUVs are often faster than SUVs on highways, thanks to their powerful engines and track suited tires. Top speed of the slowest variant in X1 is 203km/h while in Q3 its 207km/h. Top speed of the fastest variant in X1 is 235km/h while in Q3 its 233 km/h. Both CUVs have pretty consistent figures in terms of top speed. 0-100 km/h acceleration time of slowest variant in X1 is 9.7s while in Q3 its 9.6s. Quickest acceleration time of X1 is 6.5s and for Q3 its 6.3s. Q3 has a faster acceleration in slower variant and also in faster variant despite being a bit heavier than X1. Curb weight of X1 is 1420 K.G while as of Q3, it is 1535 K.G. Audi did a great job in dealing with aerodynamics and road variables in order to give swift acceleration for such a heavy vehicle.

Safety is considered as important as any other aspect in vehicle. Auto industry is incorporating safety as a prime function of vehicle and why not. Different standards of safety have been developed with the help of different tests, which in result gave ratings or scores criteria. These ratings or scores let us understand that how safe a vehicle is and a comparison of safety can be drawn. The Euro NCAP (European New Car Assessment Programme) is one of those standards we talked about. Safety ratings are only viable in comparison if the vehicles, which are to be compared, share same model year. We have safety ratings of a BMW X1 2015 and Audi Q3 2018. Even they do not share same model year, still the comparison does not get void.